Are Hormones Affecting Your Sex Drive? 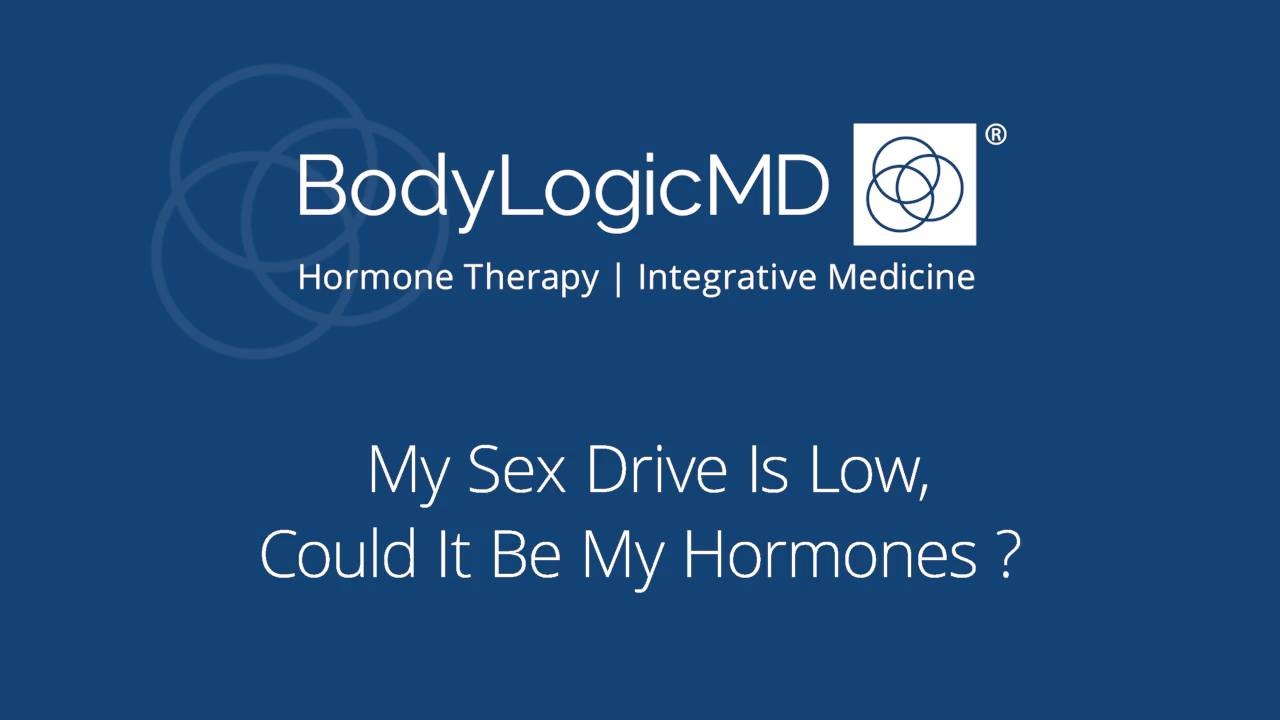 Are hormones affecting your sex drive? The answer is likely a resounding yes. Regardless if you are enjoying a healthy sex drive, a high sex drive, or agonizing over a low sex drive, in most cases, your hormones are in control. For some patients, emotional and psychological factors play a role in sexual desire. For both men and women, sex drive that has diminished with age, menopause, andropause, or pregnancy is likely linked to a hormonal issue. Approximately 70 percent of low libido issues are related to a hormonal imbalance. A low libido due to hormonal imbalance does not mean that you are helpless. In fact, you can take an active role in resetting your hormones to reclaim your sex drive.

The research on sexual dysfunction and low sex drive is vast and has grown significantly in the last ten years, as sexual functioning and related topics have become less taboo discussions between patients and their doctors.

A 2016 study published in the Journal of Sexual Medicine found that there is a greater prevalence of multiple sexual dysfunctions in women, namely issues with desire and arousal1. Men, on the other hand, generally struggle with a single issue, most frequently premature ejaculation or erectile dysfunction.

Low sex drive or impaired sexual function is often linked to the sex hormones: estrogen and testosterone, but imbalances in progesterone, DHEA, thyroid hormones and even cortisol can affect your sexual desire.

Low levels of estrogen can impact sexual functioning and desire in women. Too little estrogen can contribute to vaginal dryness, making intercourse painful. Low estrogen can also impair sleep and cause mood swings, which are rarely a positive influence on sexual desire.

Testosterone is the hormone that has the greatest influence on human sexuality. Low testosterone production can affect sex drive and sexual performance in both women and men. Low levels of testosterone can negatively impact the desire to have sex, cause erectile dysfunction in men, and limit arousal and orgasm in women. Stamina may also be affected in both genders if testosterone levels are low.

A 2013 study found that increased levels of progesterone were correlated with a decreased sex drive in women2. This correlation was noted by tracking and observing hormonal fluctuations throughout the menstrual cycle. When progesterone levels were at their peak, women reported a greater disinterest in sex.

DHEA can have implications on sexual health, but since it is a precursor to testosterone, imbalances are often better treated with testosterone therapy. A small study, published in the New England Journal of Medicine, found that women supplementing DHEA reported significant increases in frequency of thoughts about sex, interest in sexual activity and mental and physical satisfaction. Minor side effects were reported, including oily skin, acne, increased body hair and hair loss. Changes in dosage reduced side effects3.

High cortisol levels can affect sexual behavior. High levels of cortisol are common in individuals who are stressed. Too much stress can send the adrenal system into overdrive and cause an influx of cortisol. Excess cortisol leads to unwelcome effects such as fatigue, weight gain and impaired immunity—factors that can lead to a low sex drive or general disinterest in sex. However, a 2008 study found that sexual arousal can be impaired by an increase in cortisol as the result of anxiety about sexual performance4.

Low sex drive in men is most commonly linked to issues with sexual performance, such as erectile dysfunction and premature ejaculation. However, men with a hormonal imbalance may also struggle with the desire to have sex.

Low testosterone is frequently the diagnosis for sexual dysfunction in men. Testosterone plays a role in energy and weight management—two side factors important for sex drive. It also plays a strong role in sexual desire, stamina, arousal and performance.

Erectile dysfunction, which commonly occurs in older men can be influenced by low testosterone. Erectile dysfunction (ED) that is not a result of low testosterone may be treated with a class of drugs known as PDE-5 inhibitors. These drugs enhance blood flow to the penis, which leads to an erection. If this pathway is blocked, as a result of vascular impairment, it can be a sign of more serious diseases, such as high blood pressure, heart disease, stroke or complications with diabetes.

Premature ejaculation is the most common form of sexual dysfunction in men and affects men of all ages for a variety of reasons. Ejaculation is regulated by neurotransmitters, hormones, prostate and erectile dysfunction. The cause of premature ejaculation (PE) may be an issue with one or some of these systems/conditions. For example, hyperthyroidism has been shown to contribute to PE and may be treated with anti-thyroid medications. Serotonin selective reuptake inhibitors (SSRIs) which act on the neurotransmitter, serotonin, can help men who are struggling with PE. Prostate issues and erectile dysfunction can also be contribute to the incidence of PE.

Although low testosterone is the most commonly diagnosed factor for low libido and sexual dysfunction in men, it is not the only hormone to play a role. Men who are stressed, depressed or lack sleep may also show a disinterest in sex. These symptoms may be related to high cortisol, or adrenal fatigue, or an imbalance of the thyroid hormones that influence metabolism, energy and sleep.

Men who have noticed negative changes in their sleep patterns, sexual function, self-confidence, and reduced muscle mass or increased body fat may be suffering from a hormonal imbalance.

Hormone therapy is an effective treatment option for addressing issues with sex drive or sexual dysfunction that are caused by hormonal imbalance. A 2016 study published in the Endocrine Society’s Journal of Clinical Endocrinology and Metabolism examined the effects of testosterone therapy on sexual interest and activity in older men. This study was the part of a series of studies known as the Testosterone Trials, which examined the efficacy of hormone therapy in men aged 65 and older with low testosterone levels who are experiencing symptoms of testosterone deficiency. The year-long study found that men who were treated with testosterone therapy experienced consistent improvement in sex drive and 10 of 12 measurements of sexual activity. However, for the men in the placebo group, no significant changes were noted in their responses from the beginning of the study through the end of the study5.

In conjunction with hormone therapy, optimal hormone balance is achieved with dietary changes, routine fitness, and strategies to reduce stress. Erectile dysfunction and premature ejaculation can both be affected by stress levels. ED is also closely linked to vascular health, therefore diet and exercise can play a significant role in restoring function. Physicians that specialize in hormonal health and hormone therapy can partner with you to develop a comprehensive treatment plan that will get to the root cause of your symptoms, optimally restoring hormonal balance, overall health and wellbeing.

Low sex drive in women is most often linked to issues with desire and arousal. Many of the hormonal fluctuations that occur throughout a woman’s life—puberty, pregnancy and menopause—can cause sexual desire to wane. Women are commonly diagnosed with a condition known as hypoactive sexual desire disorder (HSDD). HSDD is characterized by distress or anxiety related to the absence of sexual fantasies and desire for sexual activity in women. HSDD is the most common sexual health complaint among women, affecting 1 in 10 women.

HSDD can be a side effect of medications, certain lifestyle choices, life events: pregnancy, breastfeeding, and menopause or pain with intercourse. HSDD may also be a result of psychological or emotional issues, such as anxiety, depression, or low self-esteem. Relationship issues that affecting bonding with a partner may also be a factor.

Hormonal imbalances can play a significant role in female sex drive and sexual disorder. Estrogen dominance is a common condition that can impact sexual desire. If a woman has too much estrogen compared to other sex hormones, such as testosterone, she may experience low sex drive along with other negative effects.

In contrast, low estrogen can impact sexual function. Many women who lack sufficient levels of estrogen will experience vaginal dryness which can make intercourse painful. Too little estrogen is also associated with unstable moods and sleep patterns, which may affect sexual desire and activity.

Low levels of testosterone are another significant factor in low sex drive in women. Though women have less testosterone that men naturally, supplementing testosterone has been shown to boost female sex drive.

Thyroid disorders, which can affect metabolism, weight, energy and sleep as well as cause hair loss may also impair sex drive due to lack of energy or affected aspects of self-esteem.

Women who are suffering from a hormonal imbalance may notice that their impaired desire for sex is also accompanied by symptoms such as moodiness, weight gain, or insomnia. Comprehensive lab testing can help pinpoint the root cause of symptoms.

In conjunction with hormone therapy, optimal hormone balance is achieved with nutritional balance, routine exercise, and strategies to enhance mindfulness and reduce stress. Sexual desire and arousal can be significantly affected by emotional factors and stress levels in women. Physicians that specialize in hormonal health and hormone therapy can partner with you to develop an all-encompassing treatment plan that will get to the root cause of your symptoms, optimally restoring hormonal balance, overall health and wellbeing.

The practitioners of the BodyLogicMD network are highly-trained in hormone health and seek advanced and continuing education in hormonal therapies. Each practitioner understands that achieving optimal balance is a combination of therapies, such as strategies for eating a balanced diet, managing stress, and sleeping well that work in tandem with hormone therapy to promote health and wellbeing. Every practitioner is specially-trained and certified in the field of bioidentical hormone therapy and functional medicine in order to offer top-level care and help each patient reach their greatest health potential.

Start feeling better today —contact a practitioner of the BodyLogicMD network nearest you and begin your journey toward total wellness.

I Want to Learn More!